You are here: Home / Archives for SNCC 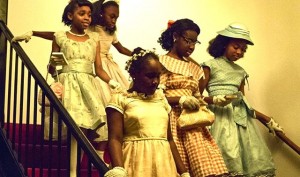 Five girls chat about hair on their way downstairs to Sunday school, as if they have all the time in the world. We’re mesmerized by their nonchalance; we know that only one will survive the descent.

What we never imagined was the explosion in slow motion. Starched dresses, hair ribbons, white gloves and anklets, patent leather shoes, pieces of brick, and splinters of polished wood swirl through space.

From this moment, we understand that “Selma” is most definitely not a documentary. The director, AVA DUVERNAY, will take us to a place beyond facts. In her movie, we’ll feel the raw truth of homegrown terrorism, 1960s style. 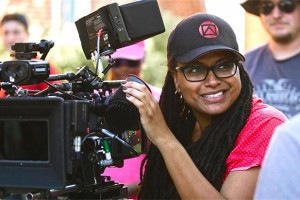 We will be reminded that the Selma-to-Montgomery March was not one march, but three. After seeing this movie, “Bloody  Sunday,” the first attempt by 600 people, will be seared into our brains; the second, “Turn Around Tuesday,” will be a surprise; the final, successful attempt — five days, 54 dusty miles, several thousand soldiers and National Guard accompanying 25,000 marchers — will feel like a miracle.

“Selma” is mostly about Martin Luther King, Jr. in 1965 — his behind-the-scenes strategizing and negotiating, private moments of insecurity and despair, public action and eloquence, moments of glory, martyrdom shadowing his every move.

But DuVernay also gives us glimpses of the varied roles played by women  — the leaders, matriarchs, nurturers, worriers, victims, wives, activists. We see their courage and determination, tired feet and bloodied brows. We understand why Coretta King called women “the backbone of the whole civil rights movement.” 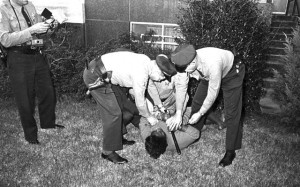 In “Selma,” Annie Lee Cooper (1910-2010), played by OPRAH WINFREY, approaches a puny, pale bureaucrat with weary resignation. She’s stood in line for hours at the county courthouse to register to vote. She won’t give up, though it has meant the loss of her job as a nurse a few years earlier. By 1965, she can only find work as a motel clerk.

The pencil-pusher is clearly pissed that Cooper can recite the preamble to the Constitution. Who does she think she is? With a southern drawl, he asks her increasingly impossible questions, which she answers with steady voice, dignified but barely able to contain her rage, until she’s finally stumped. Then, with a smirk, the bureaucrat denies her the right to vote. 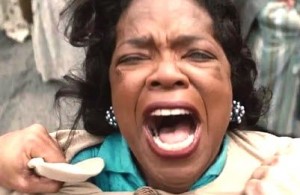 We shift restlessly in our theater seats, remembering, with sinking hearts, that the Supreme Court recently struck down key provisions of the Voting Rights Act. Here we go again.

Later, we’ll see Cooper’s famous encounter with the notorious Sheriff Jim Clark, a hardcore segregationist and the most prominent villain of the movie. When he prodded Annie with a billy club, she hauled off and socked him. Deputies wrestled her to the ground and held her down, as Clark continued to beat her with his club. Cooper, bloody and bruised, spent the next 11 hours in jail.

“Who the hell is Diane Nash?” That’s what Attorney General Robert Kennedy asked a deputy one day in 1961, two days after some young Freedom Riders were beaten up in their attempt to challenge bus segregation laws.

Nash, as it turns out, was one hell of an organizer. A founding member of SNCC (Student Nonviolent Coordinating Committee), Diane Nash (b. 1938) was a fearless leader and creative thinker, 100% devoted to Gandhian nonviolence as a tactic, philosophy, and way of life.

She dropped out of Fisk University in Nashville to work full time for the civil rights movement and went to jail numerous times for her activism. We see her with Dr. King and the other leaders throughout “Selma,” portrayed by TESSA THOMPSON (from the TV series “Veronica Mars”). She is a calm and steadfast presence. 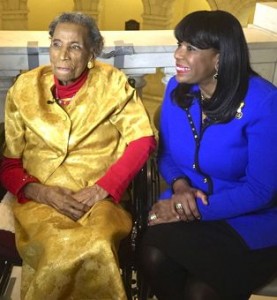 Amelia Boynton Robinson with U.S. Rep. Terri Sewell at the State of the Union Address, 1/20/15

I held my breath during President Obama’s State of the Union Address earlier this week, when the camera panned the balcony. There was the real, 103-year-old civil rights icon herself, dressed in red and gold.

Amelia  Boynton Robinson (b. 1911), portrayed in the movie by LORRAINE TOUSSAINT (of “Orange Is the New Black” fame), got her start as an activist at age 10, handing out voter registration forms in Georgia with her mother. In the 1930‘s, she and her husband campaigned for voting rights in rural Alabama. Later, in Selma, the couple opened their home for planning meetings run by SNCC.

She was a middle-aged veteran of the civil rights movement by Bloody Sunday. That morning, she cooked breakfast for 15 activists staying in her home and went to church. Later that day, on the Edmund Pettus Bridge, she was beaten by state troopers and left for dead. A photo of her, unconscious and denied an ambulance, shocked the nation and became an iconic image of the movement. 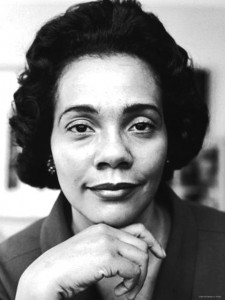 She fusses with her husband’s tie moments before he steps onstage to accept the Nobel Prize. It is an intimate and quiet moment. She is elegant, eloquent, intelligent. We know her, or think we do. She waits at home, tending the children, dreading every ring of the phone — the death threats, harassment by the powerless and the powerful. She’s exhausted from wondering if her famous husband is kissing or being killed.

As portrayed by CARMEN EJOGO, Coretta King (1927-2006) is, as she became known, the “First Lady of the Civil Rights Movement,” but the role is a complicated one, and this, too, we know in our bones by movie’s end. 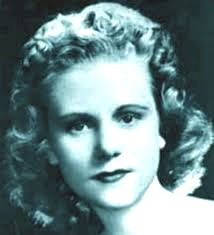 After the marchers finally reached Montgomery, heard Dr. King give his “How long? Not long!” speech, and presented a petition to Governor Wallace, they were eager to return to Selma. Civil rights activist and member of the NAACP, Viola Liuzzo (1925-1965), a white mother of five from Detroit, was one of the drivers who offered people a lift home. She dropped off a group of marchers and headed back to Montgomery, accompanied by Leroy Moton, a teen who had proudly waved the American flag during the walk.

Suddenly, a car full of Klansmen pulled up beside her. One pulled out a gun and shot Liuzzo in the head, killing her instantly. After the car crashed into a ditch, Moton survived by pretending to be dead until the Klansmen left.

In the movie, we see Viola (played by TARA OCHS) as just one in the massive crowd. We overhear her name in passing and collectively catch our breath, seeing this woman we know only as a martyr, full of life and marching for justice. 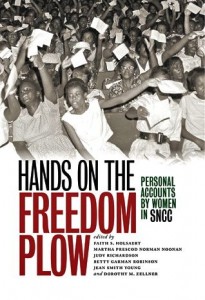 Turning 15 on the Road to Freedom: My Story of the 1965 Selma Voting Rights March, a memoir by Lynda Blackmon Lowery (Dial, 2015)

Bridge Across Jordan: The Story of the Struggle for Civil Rights in Selma by Amelia B. Robinson (Carlton Press, 1979/ 1991)

“Sister Giant (interview with Diane Nash): Like a Tree Standing by the Water… We Will Not Be Moved” (8:50 mins.)

In 1982, I edited the anthology Reweaving the Web of Life: Feminism and Nonviolence and then wrote two books about women’s use of resistance and action: You Can't Kill the Spirit and This River of Courage.

I am currently researching more examples of nonviolent action for peace and justice around the world for two new books -- one for/about children and another about women (whose actions are still so often left out or overlooked). 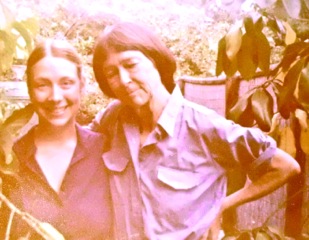 Here I am with Barbara Deming, my mentor and friend, in Sugarloaf Key in the early ‘80s. The photo has faded, but the memories and love have not.

Your Comments: I’m new at blogging. After I've had some time to learn how to do this, I will have a way for you to leave comments and be in dialogue with me. My Author's Guild website is at: http://pammcallisterauthor.com. Also, see my Facebook Author Page Global Nonviolence: Stories of Creative Action and My Amazon "Author Page".

Sign up to be notified of new blog posts!
STEP 1: Enter info below
STEP 2: Click on purple bar
STEP 3: Then, an email will ask you to confirm this.
~ You're all set! ~